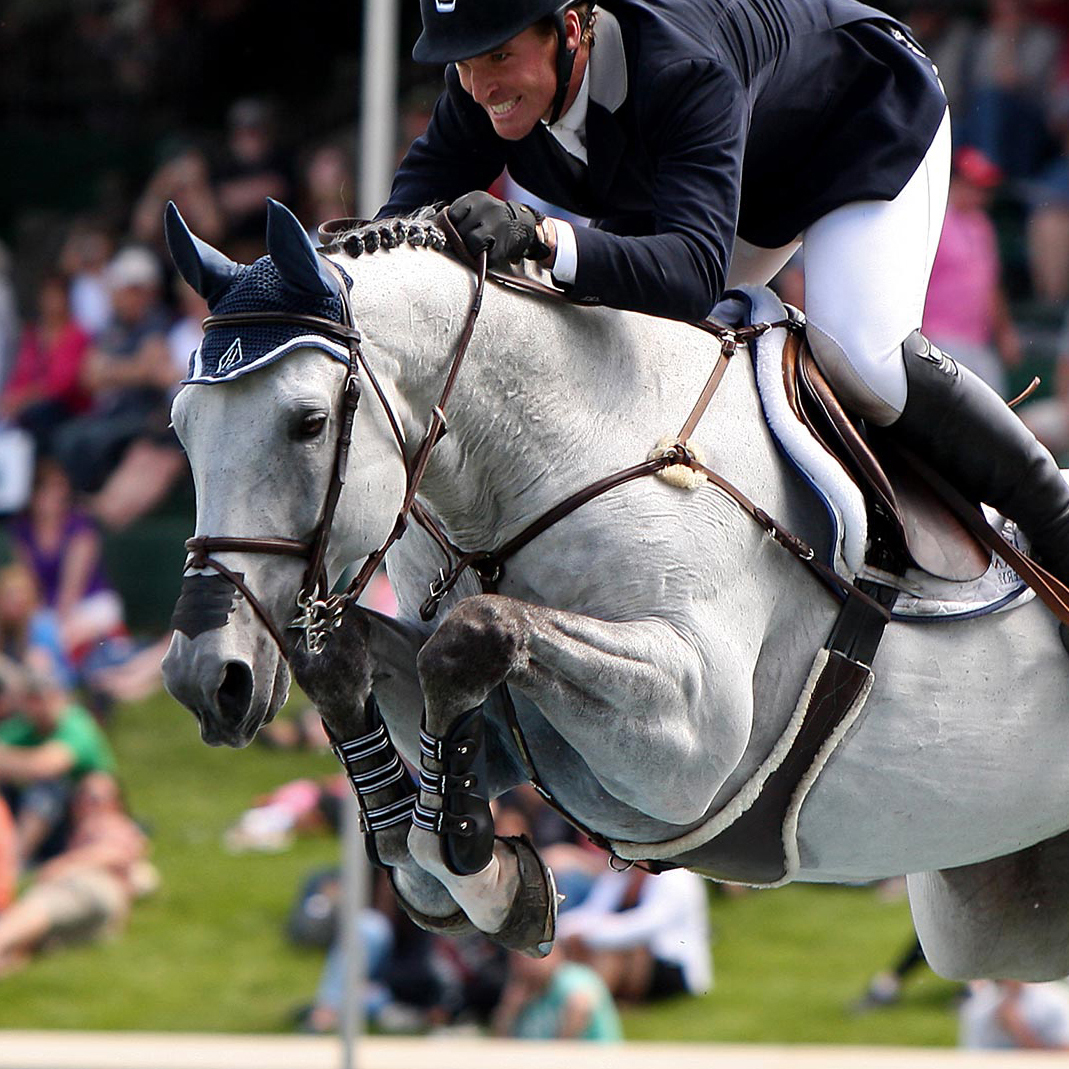 Bio and Performance Record:
HH Dark de la Hart is another exceptional talent coming from Double H Farm! He is approved with the BWP and was awarded his “Elite” status by the BWP in 2015. The BWP Stallion Judge commented during his BWP Stallion approvals on his exceptional topline and conformation which exemplifies his great lineage in his technique, attitude and performance.

HH Dark de la Hart’s sire, Kashmir van Schuttershof, was ranked #29 on the WBFSB in 2010. Son of the very popular and successful stallion, Nabab de Reve, Kashmir jumped on the Belgian team on several occasions with rider Philipe Lejeune. Together they had many placings at the grand prix level including 2nd place team finishes in Rotterdam and Dublin as well as several top 5 finishes at International Grand Prix events.

Dark’s dam, Umbra van Reigersdonk, is daughter of the great stallion, Nonstop. From this line we see the production of legendary stallions Carthago and Canturo. Nonstop first began with Nelson and Rodrigo Pessoa and not only produced top results in sport but also in breeding as exemplified by the Swiss Champion, Ulysse.

Dark is a stallion with a big heart, competitive nature and playful attitude. He has been a special horse for current rider Quentin Judge.

In 2014, Quentin and Dark were victorious in the $210,000 CNOOC Nexen Cup Derby in Spruce Meadows. This victory was preceded by several wins and top placings in the 1,50m at various top shows including the Winter Equestrian Festival and a win for Team USA in Bratislavia Nation’s Cup. In 2015 Dark was the sire of the 5YO Belgian Champion “Elton” (Dark de la Hart x Caesar vd Helle).