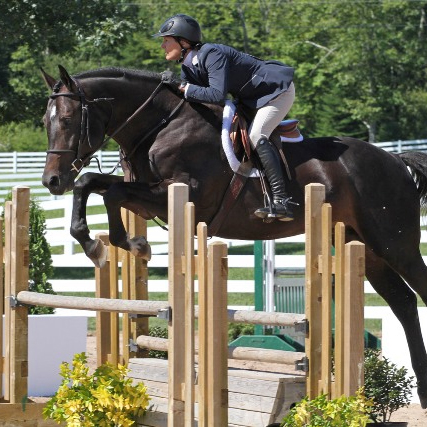 Bio and Performance Record:
Much like his sire Escudo I and great grandsire Voltaire, who are regularly listed among the USEF Leading Hunter Sires, Iceburg also produces top quality hunters. His striking phenotype, beautiful & careful technique over fences, and quiet disposition are especially popular among hunter breeders. Iceburg’s offspring have also been successful as jumpers, eventing and dressage horses.

Iceburg has been provisionally approved by the BWP/NAD and has produced numerous futurity winners, consistently stamping his foals with his beautiful head and conformation. He crosses well with various types of mares providing substance to lighter mares, while adding refinement to heavier ones. Iceburg produced Lamaze OBF, the 2011 top scoring BWP colt in North America; the second and third place finishers among North American fillies in 2012; and the second and sixth place colts in 2013. Of eleven foals inspected, seven received scores of 80 or better and all received premium scores over 75.

Iceburg is homozygous bay with the ability to produce black. As a performance stallion, Iceburg has won numerous EC Gold Show Hunter Championships at levels up to 3’9”. He has twice shown in the Hunter Derby at International Bromont and was in top ribbons each time. Despite regular use as breeding stallion he is very successful in the Adult Amateur Hunter division which is testament to his character. This stallion exceeds expectations in every way.