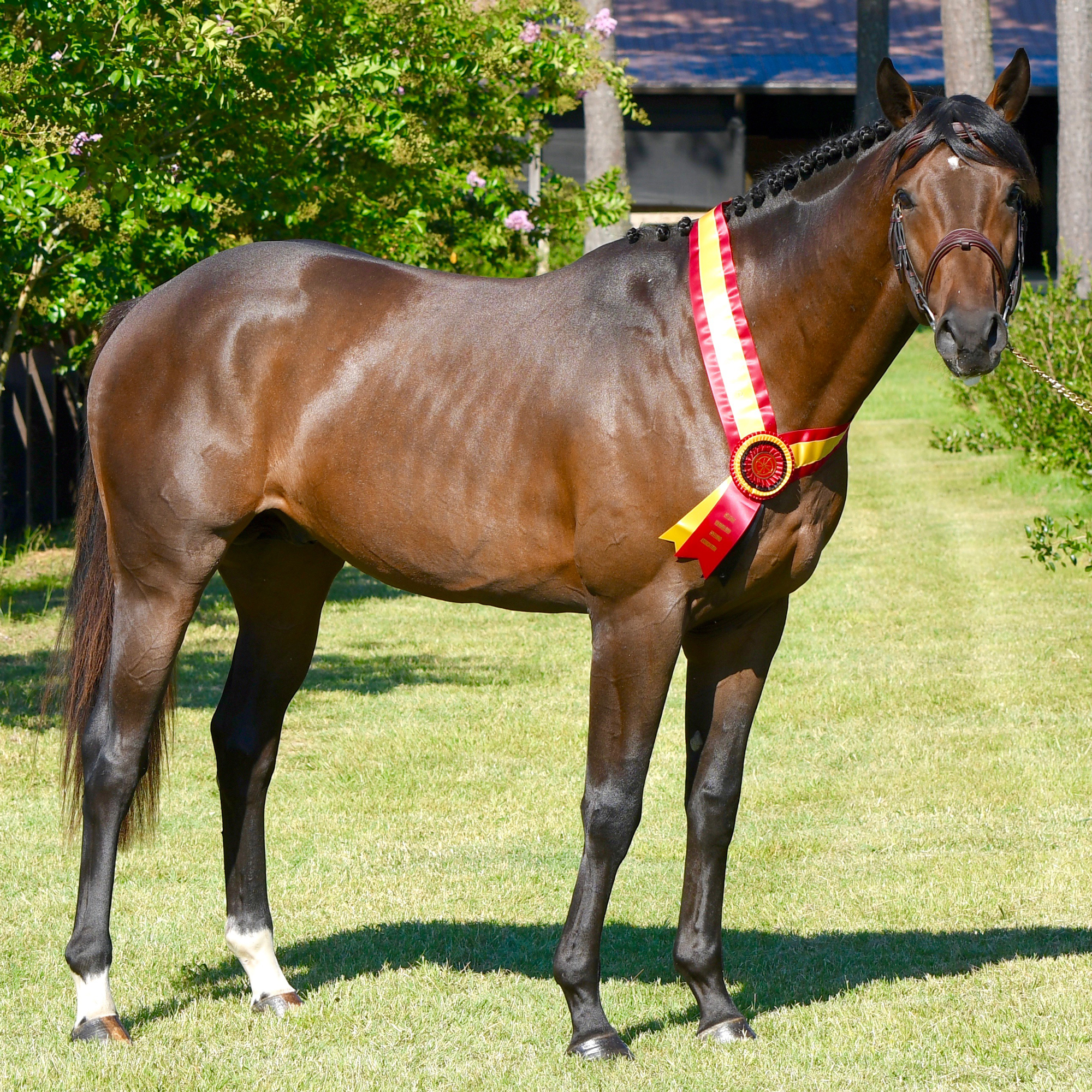 Bio and Performance: Insync’s sire, the BWP Ambassador, Emerald van.t Ruytershof, is one of the best jumpers in the world at this moment and proving to be successful as a sire as well. Emerald is an exceptionally talented international Grand Prix winner and was a competitor in the 2016 Rio Olympics. He has racked up several international placings and wins for years with his rider, Harrie Smolders. His talent for jumping has been there from the start. In 2010, he was the reserve champion of the World Championships for 6 yr. old jumpers, and in 2011, he won the stallion competitions in Gent, Winter Equestrian Nights, and the CSI Mechelen. Emerald’s sire, Diamant de Semilly, is a son of Le Tot de Semilly, one of the best sires in the world and a famous international jumper. Diamant de Semilly was victorious at CSIO and CSIW shows and his successes include being the 2002 French national champion, as well as a team world champion and placing 9th individually at the 2002 WEG in Jerez, Spain. In 2003, he was a member of the silver medal winning French team at the European Championships. He was also ranked 3rd on the list of top show jumping sires in the world by the WBFSH in 2014. Emerald’s damsire, Carthago Z was a two time Olympian (1996 and 2000) and won the Nations Cup in Aachen, Rotterdam and La Baule, as well as many Grand Prixs. Several international jumpers descend from Emerald’s dam line such as Butterfly PS, Nobility PS and Diamanthina van’t Ruytershof.

Insync’s dam, Claire’s Dance xx, a Seattle Slew granddaughter, gives the thoroughbred refinement that is so sought after in breeding. When breeding for jumping, having a pedigree from a thoroughbred that is bred to run at distance is very important. Also, on her dam’s side, she has Caro, the only horse to sire both a Kentucky Derby winner and two Olympic jumpers. This colt is light across the ground with a huge canter that is rhythmic and athletic. His dam passed on to him her great looks and strong bone, his sire his correct conformation. This young colt was approved for breeding by the BWP in 2017 and will start his show career in 2018.