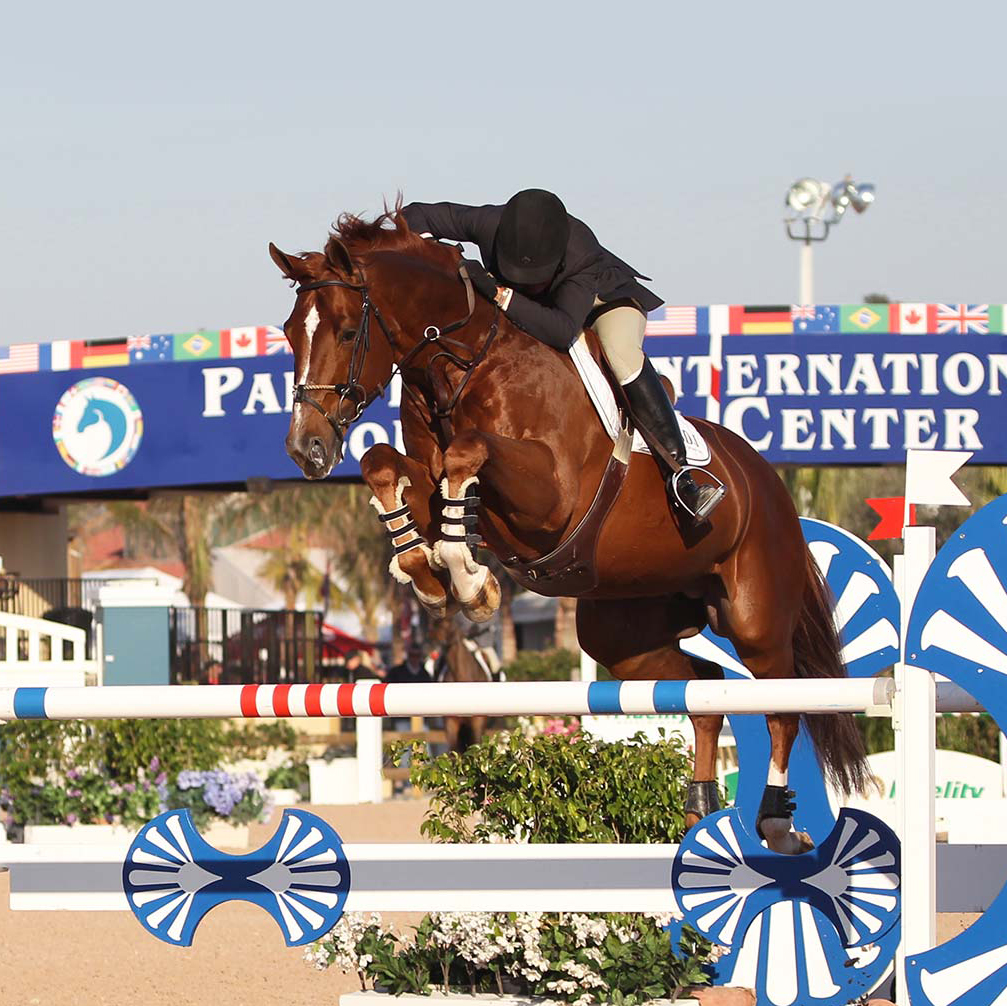 Bio and Performance Record:
BWP ‘Elite’ Stallion Obourg descends from one of the best French dam lines to date. As a young horse, Obourg was considered one of the BEST jumpers of the Belgian Young Horse circuit. After his importation to the United States, he continued a very successful career at the Grand Prix level with Olympian Lisa Jaquin. Together they would have several top placings in the Grand Prix divisions throughout North America. Most notably they placed 3rd in the $25,000 WEF Challenge Cup and 2nd at the Tournament of Champions in Canada in 2007. Throughout 2008-2010 Obourg and Lisa placed 8th in the $50,000 Beacon Hill Grand Prix, 3rd & 5th in two $25,000 Princeton Grand Prix’s, 7th in the Traverse City $30,000 Grand Prix and 7th in the D-Braider $30,000 Grand Prix.

On the Dam side, Jusquiame du Champenotte’s sire, Oberon Du Moulin, had career winnings of over $180,000 and was a finalist at the Fontainebleau 4,5 and 6 year old Championships. Throughout his career he placed in more than 20 National and International Grand Prix classes.

Obourg is a superb sport horse and a fantastic progenitor. He has several top offspring winning at the top International Grand Prix level like Espyrante with Daniel Deusser, Horizon de Regor with Jos Lansink & High Valley with Bertram Allen. The percentage of offspring that Obourg has produced that have reached the top level continues to rise each year.