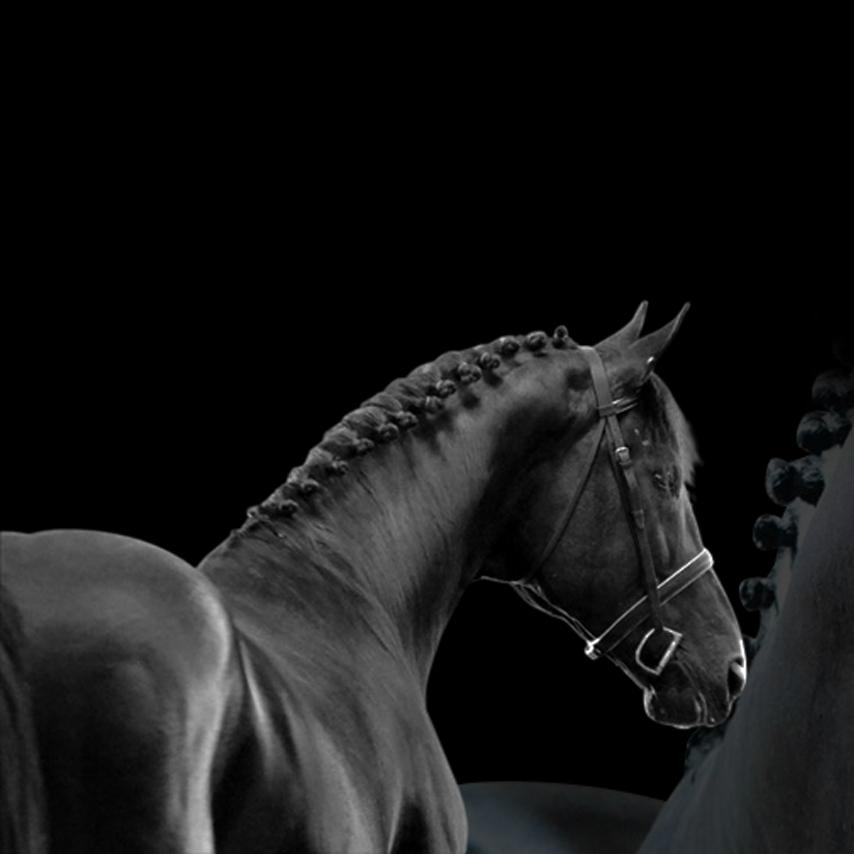 Bio and Performance Record: In 2001 SIMSALABIM was fully approved by filling his performance requirements through show jumping; the first stallion to do this for the BWP/ NAD. His jumping pedigree is unmatched as it contains four international jumping stallions. NONSTOP ridden by Nelson and Rodrigo Pessoa; DARCO, 7th in the Olympics in Barcelona ridden by Ludo Philippaerts; FEINSCHNITT, 10th in the Olympics at L.A. and JASPER ridden by Hugo Simon.

After winning two championships and a reserve championship in 2001 he continued his career in 2002 with his rider and trainer Stefanie FurgasonCollier, 1998 Rookie Of the Year. In 2002 Simsalabim had two third place finishes in two 10,000 mini-prix at A shows and got third place in get of sire and his colt was 7th place at Dressage at Devon. After successfully attaining level 8 in show jumping, Sim came home to stud in 2005.

In 2003 Simsalabim was the proud sire of Blue Bayou B as 2003 Horse of the Year in the two year old colts and geldings division for the USDF. Simsalabim was 3rd in the get of Sires class at Dressage at Devon in 2002 and 10th on the USEF Leading Sires List for Dressage Breeding in 2003.

He is the proud sire of Four Approved Stallions: Blue Bayou B, Jett B, Iconic Bay & the now deceased Cielo B. His oldest foal Ali Baba B became the USDF HORSE OF THE YEAR at 2nd level in 2007 as well as winning both Vintage Cups for his owner and trainer at both 1st and 2nd level. Dante B (showing as Dorv’dor) was the champion for best performance at the Midwest final of the IJF. Dante B in 2008 was the winner of the 5 yo YJC class in Wellington, FL and was 5th at the YJC final. Two of Sim’s young mares, Enchantment B and Black Magic B were awarded their 2nd E-label and are now eligible for Elite Mare. Simsalabim is producing Grand Prix jumpers such as El Dorado B and Dressage horses such as Ali Baba B and Furguson B at the Prix St. George Level.