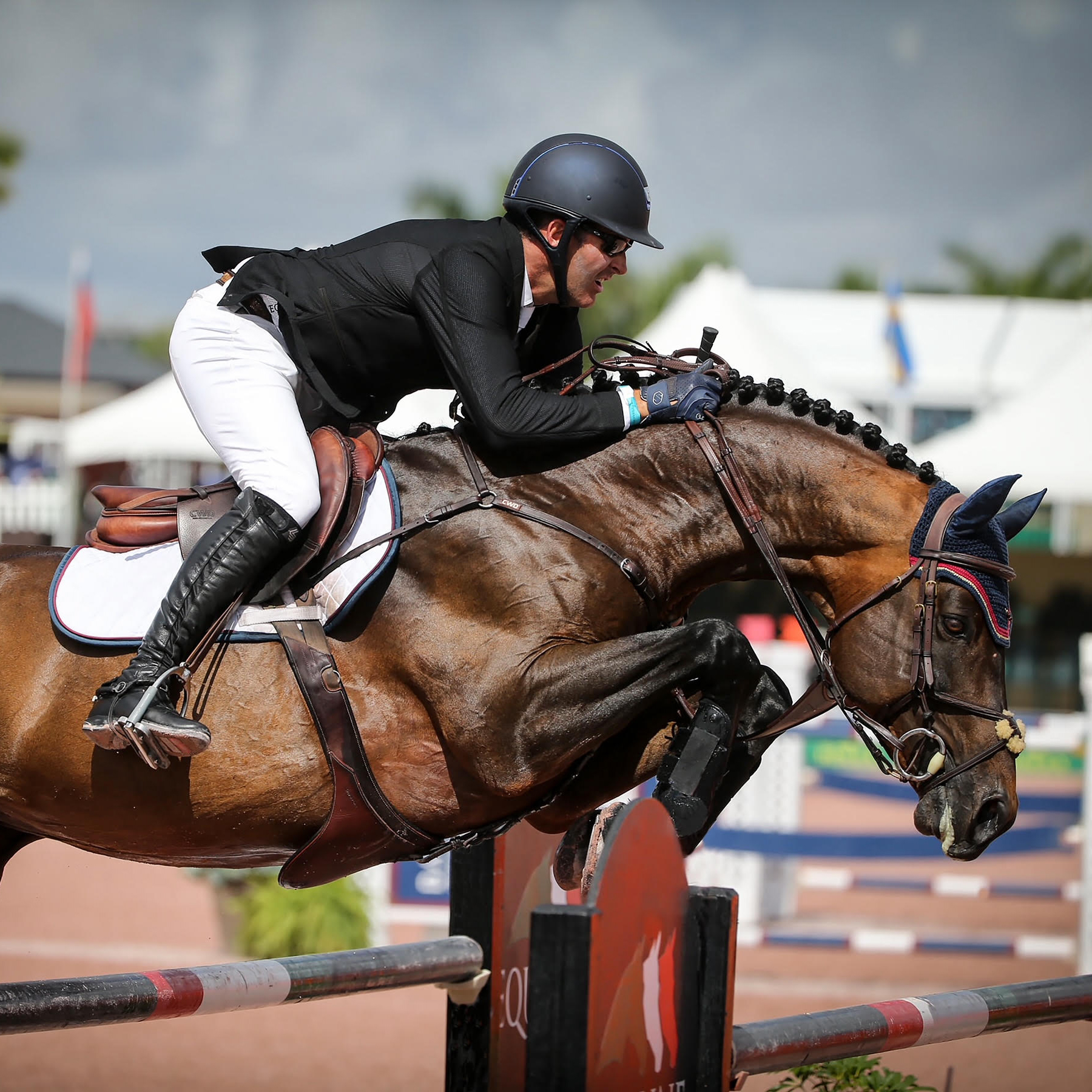 Bio and Performance Record: Orbetello is a 2003, 16.2 stallion bred for performance in international show jumping at the highest level. Orbetello is the embodiment of impeccable character, intelligence and work ethic. During his Oldenburg stallion licensing in Vechta at age two-and-a-half, Orbetello received the honor of 1c Premium. He scored the highest free-jumping score to date and placed third among all stallions. At four years of age, during his 70-Day Stallion Test in Munster-Handorf, Orbetello earned the exceptional overall score of 121.988. His outstanding scores achieved in the 70-Day Test included 106.63 for dressage and 131.72 for jumping.

Orbetello’s strong pedigree endowed him with the inherent qualities necessary to perform at the top level of the sport of showjumping. His sire is the BWP Ambassador stallion Orlando. Orlando is known not only in the showjumping arena but for producing excellent jumpers and breed show champions.

Also prominent in Orbetello’s sire line is the famous Heartbreaker, a Keur stallion who has produced numerous offspring jumping at the upper levels and several approved sons including the 2006 Belgian Stallion Selection Champion Dulf Van Den Bisschop. He also sired High Level Devil Z, the record-breaking (€145,000) foal at France’s 2021 Fences Elite Foal Auction. Heartbreaker is one of the leading stallions on the Dutch and Belgian jumping indexes. Further tracing the sire line is Darco, who was voted Best Sire in the World four years in a row, and produced over 3,000 foals in his breeding career. Darco’s showjumping career included the Olympic Games, World Equestrian Games and countless World Cups and international events with rider Ludo Philippaerts. Nimmerdor is also on Orbetello’s sire line. He is known as the KWPN Sire of the Century for his showjumping prowess as well as his many offspring who made their marks in both the jumping and dressage arenas.

Orbetello’s damline is no less impressive. He is out of the Holsteiner mare Landkind who descends from Landgraf I by the legendary Ladykiller xx. Ladykiller is known as the most influential Thoroughbred stallion in the history of German sporthorse/showjumping breeding and was the founder of the Holsteiner L-line. He sired 35 licensed sons including the famous Holsteiners Landgraf and Lord. Landgraf I is symbolized as the modern Holsteiner Sport Horse and performance sire. Landkind’s damline traces to Cor de la Bryere the Selle Francais stallion known as the “Reserve Stallion of the Century,” second only to Landgraf I. He was especially influential as a sire with 85 approved sons and 86 SPS mares. His offspring, especially when crossed the Hosteiner, Hanoverian and Oldenburg breeds, are a who’s who of showjumping success.