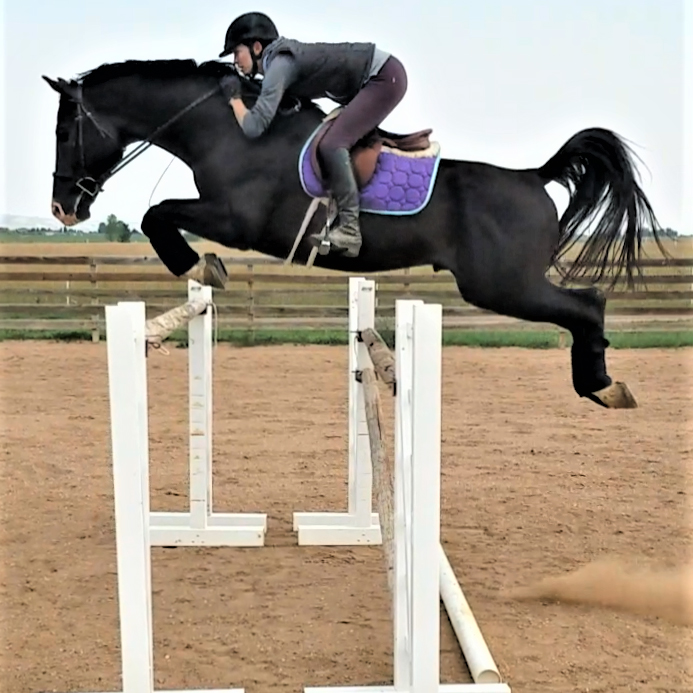 Bio and Performance Record:
Phantom El Pino, aka “Pistolero”, was one of the top five and six year olds in Mexico winning and placing in the top of his class each time in the ring. His impressive jump, elastic movement and fantastic temperament makes him a true competitor for the future. During his BWP/NAD stallion inspection the judge commented “good supple canter, good rhythm, very good jumping technique and overview, good attitude”

He was one of the very first offspring of the fantastic Presley Boy. He himself was a super star and highly regarded in the show jumping community competing successfully on the international stage for several years under the Mexican rider Jamie Azcarraga winning at Calgary, Arezzo and Monterrey before being sold for 7million euros and joining Saudi Equestrian. Presley Boy continued to excel under Khaled Al Eid successfully competing in the 2010 WEG followed by winning the 1.60m 5*GP of Gijon. In 2011, Al Eid and Presley Boy finished in second place in the Global Champions Tour CSI5* Finals Grand Prix & third in the CSI4* WC Olympic Games Qualifier. He won team Gold at the Asian Games and individual Bronze. The last victory for the stallion was in September 2011 at Spruce Meadows.

His dam successfully competed at 1.30m in Mexico. Pistolero’s offspring all have his wonderful light movements, correct conformation and athleticism. Several were ‘Elite’ foals and scoring at the top of the keuring chart for 2019.