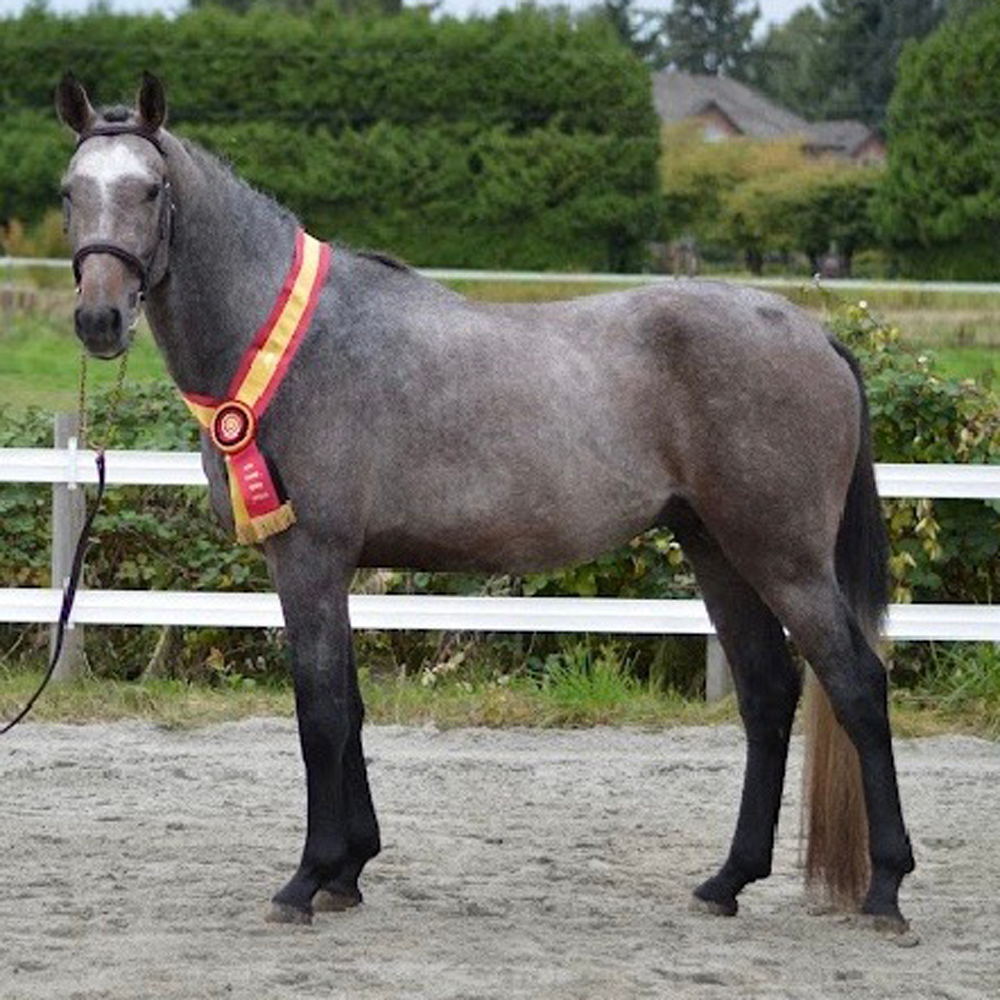 Bio and Performance Record:
Salibri, is she first son of Quabri de L’Isle ever approved by the BWP, and currently the ONLY son of Quabri de L’Isle approved and standing in North America! He is a half brother to Quidam’s Pleasure as he is also out of Greetings from Quidam. Salibri is a long legged, good moving stallion with a strong back and topline and the dreamy canter, scopey jump and kind disposition of his famous father.

His sire, Quabri de L’Isle, is the crowd favorite and son of Kannan, out of a highly sought after dam line. Quabri retired from sport in 2021 at the age of 17, with a ceremony at the Geneva horse show, the same place where he won the CSIO* Rolex Grand Prix in 2016. He has been a double clearround machine in Nations Cups for his rider Pedro Veniss and Team Brazil. He represented Brazil at the Olympic Games in Rio (2016) and Tokyo (2021). They competed in 2 World Equestrian Games, in Caen (2014) and Tryon (2018), as well as 3 Pan American Games, taking home the Gold in Lima, Peru (2019).(Denzel van’ t Meulenhof).

His dam, Greetings from Quidam – Stamm 7126, is a direct daughter of the legendary, Quidam de Revel. Quidam was imported from Belgium in 2009, as a 3 year old mare in foal with her first For Pleasure offspring. Due to her extraordinary genetics, she has been retained as a broodmare. Quidam de Revel is without a doubt one of the most influential stallions of all time, with offspring such as Tlaloc La Silla, Nabab de Reve, Guidam, Verdi, Cirka de Blondel, Quibelle, Quel Homme etc. Not just Quidam, but also his sons and daughters determine in large part the picture of the international scene today in sport and stud. The number of international horses that carry his name in their pedigree is countless. Charisma de Sjiem, the dam of Greetings from Quidam, is a mare with incredible genetic potential through Cassini I and Caretino, two of the world’s best jumping horse progenitors. Charisma a career broodmare that has produced FEI competitors up to the 1.50m level. Moreover, she is also the full sister of the international jumper Crusado who competed to 1.60m. Her grand dam Chahut is a sister of the international jumping horse Cosima II (Corrado I) who with Markus Fuchs, won numerous 1.60m GP.