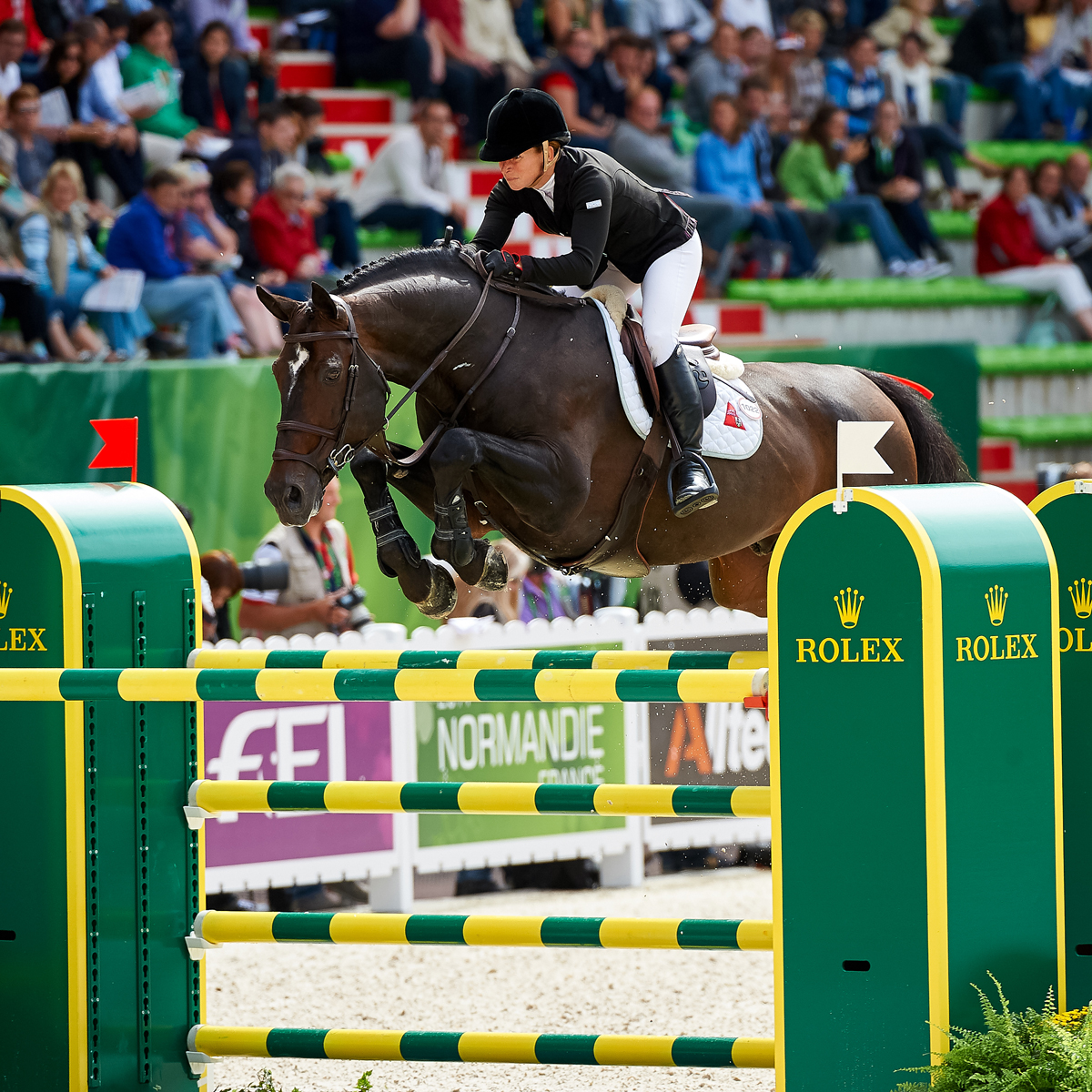 Tamerino’s dam, Bianca III, also produced a successful 1.60m horse, Stuart, by Calando I. His sire, Voltaire, is the result of crossing two outstanding bloodlines: Furioso II and Gotthard. Furioso II produced 200 state premium mares and at least 70 approved stallions of which several
are standing at stud in other continents. One can easily say that Furioso II has influenced the breeding industry worldwide. The full brother of Furioso II is the French stallion Mexico. His son Le Mexico is a familiar name in Dutch breeding and frequently appears in the pedigrees of successful showjumpers. As an 8 year old Voltaire jumped 1.50 m. courses with a great deal of success. He showed his strength in international jumping in 1988 in Calgary, Stockholm, Lanaken, Helsinki, Wiesbaden and Wembley and in 1989 he brought his showjumping career to a successful ending by winning the Grand Prix of Berlin with Jos Lansink and 2nd in the Grand Prix of Leeuwarden.

Voltaire was the sire with the most offspring at the Olympic Games of Atlanta in 1996. Moreover the world famous Voltaire held top spots for several years in the World Breeding Ranking of Showjumping Sires. Voltaire has over 50 approved sons. Many of his offspring jump at Grand Prix level, i.e. Finesse, Altaire, Kahlua, Play it Again, Helios, Electro, Kannan, Especial etc. Voltaire was also awarded Hunter sire of the Year in the U.S. several years and a top 10 placing Hunter sire 2007, 2008, 2010, 2012.