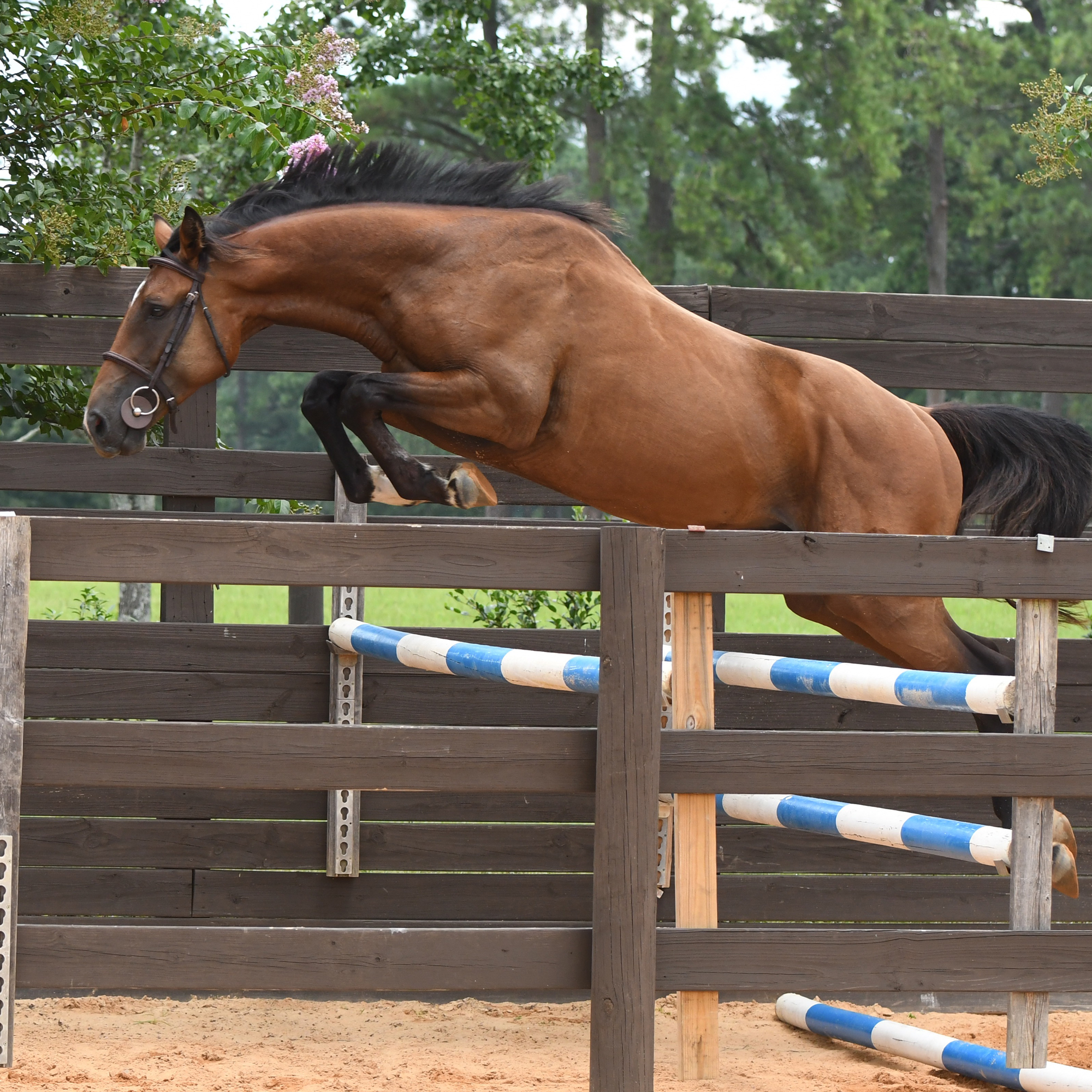 Oberon’s sire, Crown Affair, is a horse bred for traditional Olympic equestrian sporting events of dressage, eventing and show jumping. He competed successfully in show jumping in Germany before being imported to the United States in 1999. Crown Affair was one of the country’s most successful International Hunter Derby competitors, including a top ten finish in the International Hunter Derby Finals in Lexington, Kentucky during his last year in the show ring. Crown Affair’s multi-discipline success is unusual, but it doesn’t surprise followers of sporthorse breeding bloodlines and results. Crown Affair’s sire is Cor de la Bryere, one of the world’s top show jumping stallions and Crown Affair is one of the few direct Cor de la Bryere sons that are still alive. Cor de la Bryere was described by breeders as a “gift from heaven” and he has been especially successful in producing jumping horses as he passes on his incredible bascule, scope and jumping technique. In Germany, Cor de la Bryere has produced 57 approved stallions and 188 offspring that have jumped 1.40 or higher. Crown Affair’s athletic abilities, jumping form and correct conformation are mirror images of his sire, as are Crown’s easy going temperament, work ethic and desire to please.

Oberon’s dam, Zoo Girl ETC, was sired by a Grand Prix winner of over $150,000 and out of a lovely Holsteiner x TB cross. She has several handsome colts by Crown Affair from 2013, 2014 and 2015 and a very attractive Malito de Reve filly. Her dam, Montage III had excellent free jumping form and scope however was injured in trailer accident as a three year old. She has produced a filly, Va Va Voom in 2002 who was a winner up to 1.30m with Lane Clarke and several amateurs. Her Malito de Reve colt, Palito ETC, was the high point BWP colt in North America in 2015.